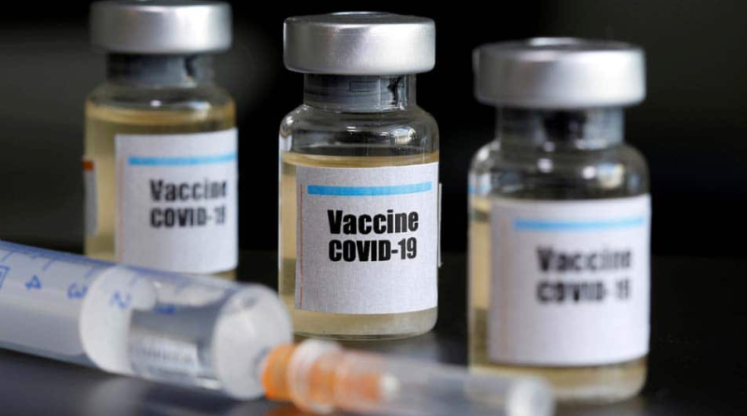 The global toll of the Pandemic has been monumental so far: more than a 600,000 lives lost as I write this blog, millions out of work, and billions of dollars of wealth destroyed. The disease is far from been brought under control with cases of relapse in Southern U.S. dominating headlines and emerging markets such as Brazil and India crossing the 1 Million cases mark.

The best way to stop this Pandemic would be to develop a drug to cure COVID-19. Unfortunately this won’t happen soon. This leaves us with the next most efficient way to bring this crisis under control which is to develop a safe and effective vaccine, manufactured in large quantities and distributed globally. It’s not a surprise that there is tremendous interest and support for the development of a vaccine, with more than a hundred efforts under way around the world. Several of the efforts look promising, and one or more may prove effective.

Functioning of a Vaccine:

Vaccines are dead or weakened virus molecules—known as antigens—that trigger defensive white blood cells in the immune system to create antibodies that bind to the virus and neutralize it.

There are four main types of conventional vaccines:

When most of a population in an area has been vaccinated and is immune to a particular disease, even those who are not immune are considered protected because the likelihood of an outbreak is small. This is known as herd immunity. Chickenpox, measles, mumps, and polio are all examples of diseases for which the United States has achieved herd immunity due to vaccines.

Vaccines are frequently developed through collaborative efforts across sectors of society. The following are the main players involved:

Public health agencies play critical roles in vaccine research, funding, trials and act as nodal agencies for collaboration with various stakeholders. For example the Biomedical Advanced Research and Development Authority (BARDA), an agency of the U.S. Department of Health and Human Services (HHS) pledged millions of dollars to assist the development of vaccine by Moderna and Johnson & Johnson. Similarly in India, the Indian Council of Medical Research (ICMR) is the premier nodal agency in the development of vaccine.

The WHO and other multilateral institutions such as the World Bank are focused on financing and manufacturing a COVID-19 vaccine for global use, in particular to ensure fair allocation among all countries. Also in the forefront are public-private alliances. For example Gavi, the Vaccine Alliance founded by the Gates Foundation. It focuses on improving vaccine access for lower-income countries. By early July, Gavi raised several billions to buy approved COVID-19 vaccines for global distribution.

The pharmaceutical industry is driving much of the push towards a vaccine. Companies ranging from biotech start-ups to giants such as Johnson & Johnson, Pfizer, and Sinopharm have rapidly shifted their research and development (R&D) efforts to focus on COVID-19. While early research into a vaccine candidate typically receives government funding, such as NIH grants in the case of the United States, the bulk of financing for clinical development generally comes from private sources.

Many of the COVID-19 vaccine developers involve a university or college assisting in preclinical research or clinical trials. For example the University of Oxford’s candidate, the research team started  working on vaccines when the news of the pandemic broke out in China. Their vaccine is now in phase-three trials with thousands of volunteers in the United Kingdom, Brazil, and South Africa. AstraZeneca has agreed to sell the vaccine on a non-profit basis during the crisis if the results are promising and has lined up deals with several manufacturers to produce more than 2 billion doses.

The Gates Foundation has been the leading nonprofit organization funding COVID-19 vaccine efforts.

Safety and efficacy are the two most important goals for every vaccine development.

Safety is whether the vaccine is safe to give to people? Are there side effects? Are they minor side effects within tolerance level? There can be no vaccine which solves one issue and creates another.

Efficacy measures how effective is the vaccine. Ideally everyone would expect a vaccine to have 100 percent efficacy but many vaccines don’t have it. For example, according to Centre for Disease Control and Prevention (CDC) this year’s flu vaccine in U.S was around 45 percent effective.

The general stages of the laboratory to market cycle of a vaccine are:

Clinical development is a three-phase process.

Currently due to the extraordinary circumstances the timeline has been accelerated as  mentioned below :

It could take between 12-18 Months to have the COVID-19 vaccine ready. But experts are skeptical about the timeline. The fastest a vaccine has ever been developed is five years.

Many factors impact the cost of producing a vaccine, including the manufacturing process, the availability of ingredients, the number of doses required, and how it needs to be stored and transported.The cost of developing a vaccine, including basic research and clinical trials involving tens or hundreds of thousands of people, can vary from $150 million if researchers are lucky to find something that works and may go up to well past a billion dollars.

In a free market, how much a pharmaceutical company charges for a vaccine is mainly determined by how much governments are willing to pay for it. The result is a tiered system, in which wealthier nations typically pay more.

According to the World Health Organization, a typical immunization schedule in developing countries — including measles, polio, and tuberculosis vaccines — can cost less than 10% of the price in Europe or the United States.

Pharma companies involved in COVID-19 vaccine development have stated to price it fairly to cover costs and not profit from it.

“There is no world, I think, where we would contemplate to price this higher than other respiratory-virus vaccines,” Moderna CEO Stephane Bancel told Business Insider in March. A representative for Johnson & Johnson told Business Insider that while it’s too early to state how a vaccine will be priced, “we are on the record as saying it will be on a not-for-profit basis … essentially at cost.”

Dozens of innovative treatments which doesn’t prevent someone from being infected with COVID-19 but nonetheless help reduce the severity and duration of illness are being developed to mitigate the health crisis in the interim. Among the most promising treatment candidates is the antiviral drug remdesivir, which is developed by U.S.-based Gilead Sciences and already authorized for emergency use by the Food and Drug Administration (FDA). An NIAID trial of remdesivir that involved dozens of sites in the United States, Europe, and Asia showed faster rates of recovery from the virus.

Can Vaccine end the Pandemic ?:

Public officials worldwide have stressed that the pandemic likely will not end until there is an effective vaccine. Even after a vaccine is approved, however, there remains the tremendous challenge of producing at least 7 Billion doses for the world’s population and distributing it effectively and equitably.

This mammoth task has both motivated countries to prepare for large-scale production, as well as given rise to fears of a potentially limited vaccine supply. While Brazil, China, and India have large vaccine industries, they also have large populations, and they could reserve their vaccine supplies for their own citizens before opening them up to others. Some countries are seeking to strike monopoly agreements with vaccine manufacturers to avoid domestic shortages. Brazil, the United States, and the European Union have struck deals with AstraZeneca for hundreds of millions of doses of the University of Oxford vaccine. Experts have warned that bidding wars over a vaccine will lead to inequitable distribution and, ultimately, fail to eliminate the risk of new outbreaks.

The next logical step after identifying the vaccine and the manufacturers for mass production should be the recipients. Should it go to the health workers and low income vulnerable countries first or should it go to developed countries which have a larger elderly population?

Moreover, amid these efforts to secure a vaccine, scientists are still investigating how effective a vaccine will be against a mutating coronavirus, though researchers point out that mutations do not necessarily mean different strains of the virus or changes in its infectiousness or lethality. Uncovering such details about the virus, they say, will only help in the development of a successful vaccine which everyone is so desperately waiting to see.

6 thoughts on “Can Vaccine end the Pandemic ?”