WeWork couldn’t deliver on its IPO promise. The investors on the Wall Street refused to accept the hefty valuation the company claimed. The corporate governance and strategy of pursuing growth over profit were also questioned. The outcome got worse as the company had to replace its founder CEO Adam Neumann and left with no choice but to cave in to the demands of its largest backer Softbank. 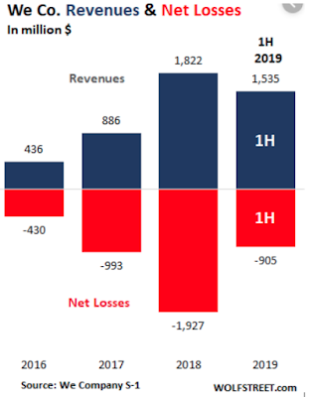 A similar story in terms of investor mistrust is seen for IPOs of consumer tech companies such as Peloton, Lyft, Uber etc. In fact a majority of the companies who did the IPO in 2019 are still losing a lot of money with no clear path for profitability.

The dream of every Entrepreneur is to build a successful business, scale it and if possible go for the Initial Public Offering (IPO) to get it listed on the public markets. In no other sector this has been more prominent than the Technology sector over the past 3 decades. The dot com era in the United States brought hundreds of internet based companies with an underlying claim of millions of customers to the main street (Nasdaq). This made every stakeholder, from the fiery entrepreneur to the suave banker and the ordinary investor on the wall street happy. They paid little heed to the voices raising concern of an incoming bubble. The result was a disaster.
The wild run for IPOs ended with the burst of the dot com bubble resulting in hundreds of firms getting obliterated from the landscape.

Since then the journey has seen less number of traveller cautious of not meeting the expectation of the institutional investors and getting hammered by the investor community in general.

A study done by Prof. Jay R. Ritter of the Florida University shows the average number of Tech IPOs done has decreased substantially over the years – from a high of 159 in the last decade of the past century to mid 30’s in the current decade.

During the same period the number of Unicorns (privately held companies with valuation > $1B) has exceeded over 400 according to the data compiled by CB insight. In the US alone around 190 Unicorns are present. 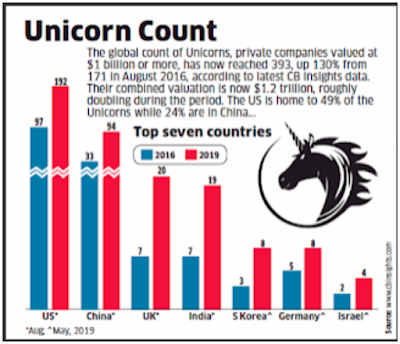 The booming period of Unicorn coincided with low interest rate regime leading to huge investment by VC and PE firms. As a net result more and more private firms preferred to stay private for longer period of time. The average period of exit grew from 3 years to 7-8 years as seen below from CB Insight analysis.

The largest Unicorns are now funded by Softbank, Goldman Sachs , TPG or other PE firms. According to a recent report by EY the PE firms are now managing more than $3.4 trillion of investor commitments in 2020 up from $500 billion in 2000. During this period the IPO rate has gone down as discussed above.

The failure of recent IPOs to live upto the mark has created a lot of soul searching among the VC community to think of alternate ways of listing. Discussions, conferences, blogs, articles etc are happening frequently questioning the validity of the traditional model.
Bill Gurley general partner at VC firm Benchmark spearheading the event in San Francisco which castigated Investment Banks for profiting at the cost of IPO aspiring firms.

The IPO price set by the underwriter deliberately at a lower end of the band leaves money on the table. Although this a traditional practice a new method to bypass the underwriter a directly trade on the exchange is being discussed. This method is termed as Direct Listing.

As i write this blog there are two major firms who have used this route for listing. One is the music streaming platform Spotify and the other is the maker of office messaging service Slack. 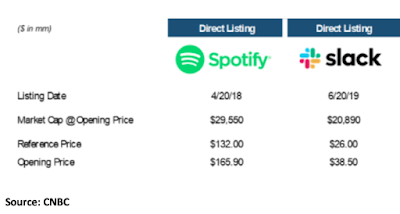 Direct listing method doesn’t enable any fund raising for the company and hence is only suitable for the top firms with considerable cash and brand value.

SPAC – Special Purpose Acquisition Company is another way for doing the IPO. In this there is a shell company which gets listed on the exchange raising money to acquire a promising private company and merging it with it thus taking a private company public. In the last 3 years SPACs have raised a staggering $10 billion each year.

The biggest requirement to do a SPAC is to have an industry veteran at the centre of the SPAC raising money from investors. In the last 20 months tech executives such as Bill Green (Accenture), Lloyd Carney (Brocade), Jeff Epstein (Oracle) and Richard Branson (Virgin) have all been involved with the launch of SPACs. The most eye catching SPAC so far has been that of Virgin Galactic going public through the SPAC route.

The traditional IPO route is being challenged by new methods of listing. The SEC is studying a way to incorporate fund raising in the Direct Listing route. SPAC is very promising and gradually getting more accepted in the main stream. Only markets will decide which method gets accepted in the long run.